Verizon Wireless has long enjoyed the first place position in almost every mobile carrier category there is.

According to data from RootMetrics, Big Red is the fastest, most extensive, and most reliable network in the United States.

I know what you're thinking - they're also the most expensive. That's true, but I'm going to show you how to get the best prices on cell phone plans without sacrificing the solid service you enjoy on the Verizon network.

First, though, let's take a look at the Verizon coverage map.

Verizon has long been known as the broadest wireless network in the U.S.

Even metrics that put them in second place, like the most recent OpenSignal report, show Verizon just a hair behind T-Mobile in terms of availability.

OpenSignal found that Verizon users get a 4G signal 92.7% of the time, compared to top performer T-Mobile at 93.1%. 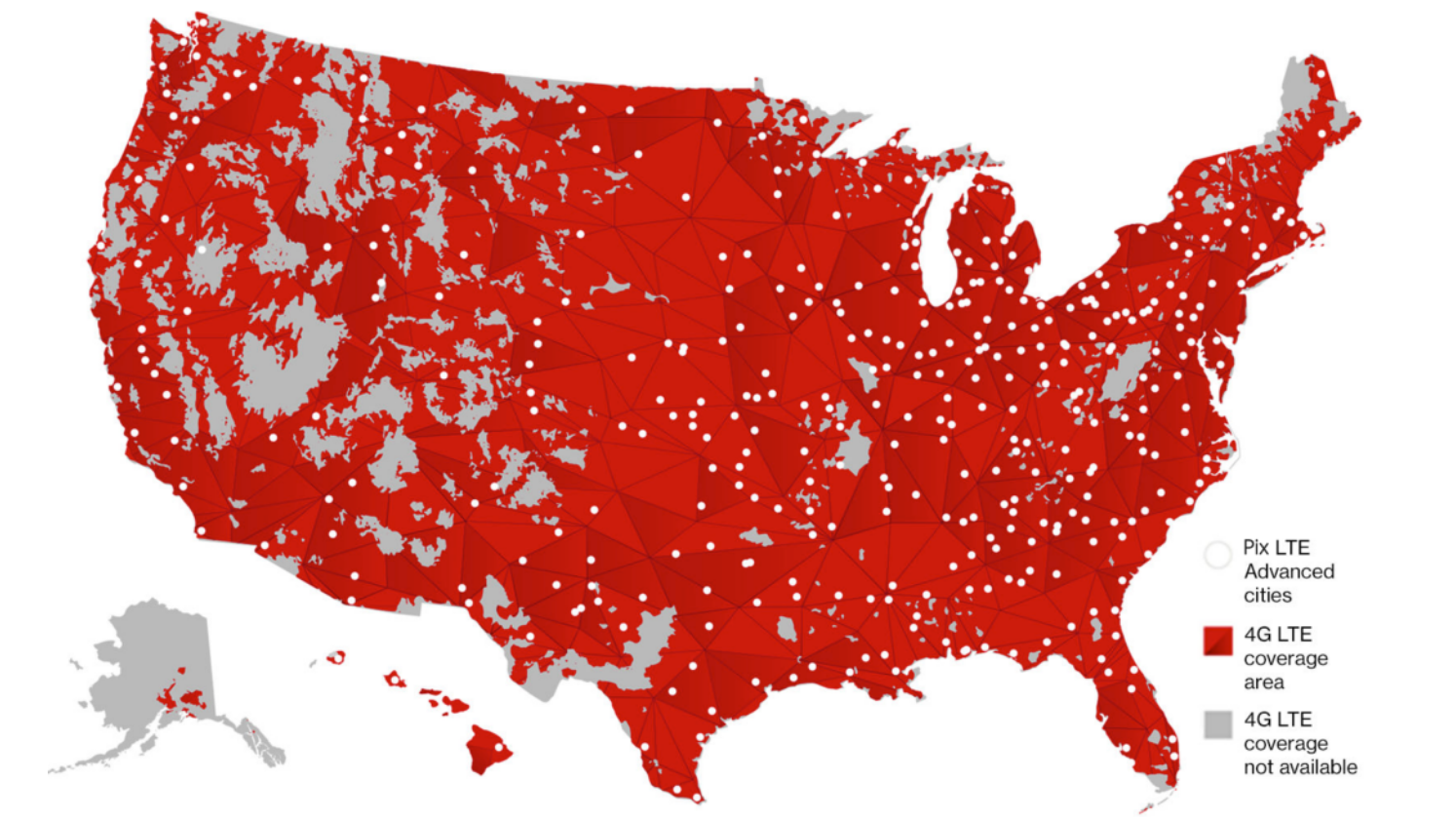 Still, you'll want to see the map up close and personal and make sure the coverage meets your needs before deciding to switch networks. There are some areas with weak or no coverage:

Check out how the other major networks perform in our wireless coverage guide.

As we mentioned at the start, Verizon isn't exactly known for cheap cell phone plans. That's okay though because you can still get a great rate on your Verizon network service.

Mobile Virtual Network Operators, known as MVNOs - sell service on the big guys' networks but at lower prices. They lease bandwidth from the major carriers so that they don't have the infrastructure expenses and, because they also spend much less on advertising, they can offer you discounted phone plans.

We've got Verizon MVNOs covered for you. Here are a few examples;

Undecided on your wireless network? No problem, we've compared them all for you side-by-side:

What is the best alternative to Verizon?

If you love the Verizon network, but not the prices, check out Verizon low-cost carriers. With these plans, you can save money on your cell phone bill but get the same coverage you love.

Does Verizon have 5G?

How good is Verizon coverage in my area?

You can check Verizon's coverage in your area by using our ZIP code checker at the top of the page.

Is Visible a part of Verizon?

Yes. Visible is an MVNO owned by Verizon. They offer one plan only, but at a cheaper price than buying directly from Verizon. Find out more about Visible.

Now that MVNOs offer service on the same networks you're used to, there's no longer any reason to pay exorbitant rates for cell phone plans.

The savings don't stop there, though. Consider buying a refurbished phone to take to your new carrier and save up to 50%.